This week 18 manga titles are expected to be released according to the list published by PREVIEWSworld.com. Viz Media releases 5 titles, Seven Seas 4 titles, Kodansha USA 4 titles, Digital Manga 3 titles, Dark Horse 1 title and Yen Press 1 title. When I was comparing the list against the online stores and the sites of the publishers, there were a lot of mismatches, some things were already released and some others were delayed, but let’s take this as a rough guide of what’s coming this week. This is the complete list: 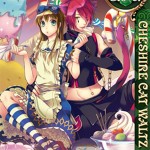 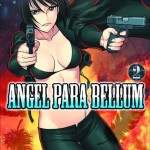 Angel Para Bellum Vol 2[Seven Seas, 2012.11.14, $11.99] Angel Para Bellum Hell's demons have attacked Mitsuru again and again - and now he wants to know why. His archangel protector Gabriel has answers for him, but a shocking revelation may shatter their bond of friendship forever. Meanwhile, Gabriel's partner Azrael goes on a mission to assassinate the Alpha, the leader of the demon organization that hunts Mitsuru. When the mission goes awry, Azrael must escape a horde of angry demons ready to send her back to heaven in a body bag. 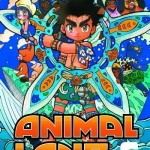 Animal Land Vol 6[Kodansha USA, 2012.11.13, $10.99] Doubutsu no Kuni Orphaned after her parents were killed by Lynxes, Monoko is the only tanuki (raccoon dog) in her village without a family, until she finds a human baby in a river. In Animal Land, a world inhabited solely by animals, this human child is a mystery. This baby is Monoko's only chance at having a family and she is determined to raise the human child as her own. Animal Land is a quirky story about Monoko and the mysterious human baby. 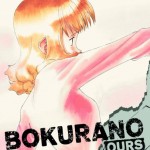 Bokurano: Ours Vol 7[Viz, 2012.11.20, $12.99] Bokurano Komo's battle takes a shocking turn when the enemy pilot flees for his life... and then comes out of hiding where nobody would have expected. Anko's battle begins not long after, but this time, the entire world is watching. A broadcast crew from her father's TV news show comes along for the ride, letting the secret of Zearth out for good. 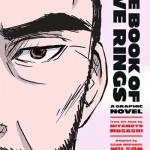 Book of Five Rings[Kodansha USA, 2012.11.13, $14.95] Hagakure: The Code of the Samurai This manga version of The Book of Five Rings, the iconic book of confrontation and victory by the famed 17th-century duelist and undefeated samurai Miyamoto Musashi, reinvigorates the classic, making it more accessible and appealing to a wide audience. With atmospheric drawings and an abridged text adapted from William Scott Wilson's fine translation, the text comes alive both as a guide to swordsmanship and strategy, and as a view into Musashi's world. Written not only for martial artists but for anyone who wants to apply the timeless principles of this text to their lives. 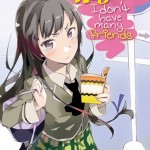 Haganai: I Don't Have Many Friends Vol. 1[Seven Seas, 2012.11.14, $12.99] Boku wa Tomodachi ga Sukunai Recent high school transfer student Hasegawa Kodaka is pathetically inept at making friends. When he comes across the brash loner Mikazuki Yozora, who typically chats with her imaginary friend, the two outsiders become the unlikeliest of allies. Realizing that they have no hope of a normal social life, the two outcasts decide to form a group called "The Neighbor's Club" in order to make friends and maybe even learn a thing or two about social skills. As luck will have it, five new members join the club who are even more socially awkward than they. Will these misfits ever make normal friends, or are they all doomed to social failure? A wild and offbeat comedy about social outcasts who are obsessed with fandom. 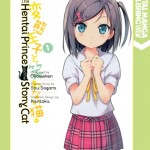 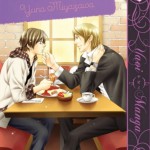 Honey Smile[Digital Manga, 2012.10.31, $12.95] Honey*Smile You can never get enough of a precious person's smile. Takizawa is a dissatisfied lawyer who deals with juvenile delinquents. He has a job, money, "playmates", and yet he's still dogged by the feeling that his life just isn't fulfilling. Then one day a young part-timer invites Takizawa to lunch, and with each meal his heart begins to soften. Honey*Smile is the love story of a world-weary man and a former juvenile delinquent that transcends their differing ages. 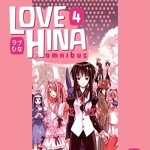 Love Hina (Omnibus Kodansha Ed) Vol 4[Kodansha USA, 2012.11.13, $19.99] Love Hina When Keitaro Urashima fails his entrance exams to get into Tokyo University for the second time, he's officially an unemployed and uneducated slacker. To make things worse, his parents have kicked him out of his house. Fortunately, his grandmother owns the fabulous Hinata Lodge and has agreed to take Keitaro in as caretaker. What he doesn't know is that the lodge is actually a girl's dorm and he's the only guy around! Most guys would kill to live with five sexy ladies, but if Keitaro's not careful, this job will kill him. 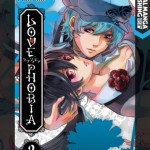 Lovephobia Vol 2[Digital Manga, 2012.11.23, $12.95] Lovephobia When shy Ako finds her family brutally slain, she can't help but freeze in fear at the sight of blood-thirsty vampire Kou! But when Kou's bite yields a surprising rush of pleasure, he decides to take the timid girl back to his lair and make her his servant. Now Ako wanders the city streets in a daze, thirsting for warm, sweet blood... Can a young girl learn to wield her strange power in the face of a legendary coven? And will her own flesh and blood help her find her way back home? 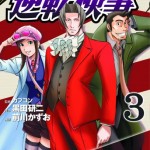 Miles Edgeworth Ace Attorney Vol 3[Kodansha USA, 2012.11.13, $10.99] Gyakuten Kenji Miles Edgeworth is a long-time friend of ace attorney Phoenix Wright, and they were rivals in their early days as lawyers. When Miles himself was accused of murder, Phoenix stepped in to defend him. Inspired by Phoenix, Miles rededicated himself to the pursuit of justice. Now Miles Edgeworth must uncover the clues in a series of murder investigations. Are they separate crimes, or is each a piece of a sinister puzzle? 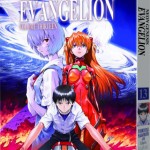 Neon Genesis Evangelion Vol 13[Viz, 2012.11.06, $9.99] Shinseiki Evangelion And there appeared a great wonder in heaven; a woman clothed with the sun. The world hangs in the balance as Asuka fights to survive an onslaught of Evas determined to destroy her. Shinji rushes to help, but he may be too late. Deep inside the NERV command center, Dr. Ikari is about to set in motion the last act of the Instrumentality Project. Everything has gone according to Ikari's plans so far, but even he cannot foresee the role Shinji will play in determining the future! 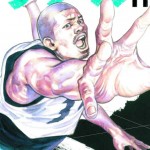 Real Vol 11[Viz, 2012.11.20, $12.99] Real It's the big day for Nomiya, the tryouts for the Tokyo Lightnings professional basketball team. Nomiya's putting everything he's got into this moment, but will it be enough? Meanwhile, Takahashi is finally reaching a new stage in his rehabilitation, and a glimmer of his former life is coming back... in the form of wheelchair basketball. 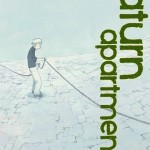 Saturn Apartments Vol 6[Viz, 2012.11.20, $12.99] Dosei Mansion Living isn't easy in the lower levels of the Ring System, a floating civilization constructed when Earth was abandoned as a nature preserve. Sixteen-year-old Mitsu got a job washing windows for the wealthy residents of the upper levels after his father, also a window washer, fell from his tether. Now Mitsu's been asked to man an illegal craft that's descending to the surface of the earth. But it seems everyone in this divided society has a secret agenda. Mitsu alone must decide if he's ready to take the journey of a lifetime... 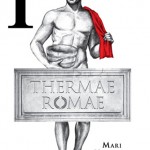 Thermae Romae Vol 1[Yen Press, 2012.11.21, $34.99] Thermae Romae When Roman architect Lucius is criticized for his "outdated" thermae designs, he retreats to the local bath to collect his thoughts. Slipping deeper into the warm water, Lucius is suddenly caught in the suction and dragged through the drainage at the bottom of the bath! He emerges coughing and sputtering amid a group of strange-looking foreigners with the most peculiar bathhouse customs - over 1,500 years in the future in modern-day Japan! His contemporaries wanted him to modernize, and so, borrowing the customs of these mysterious bath-loving people, Lucius opens what quickly becomes the most popular new bathhouse in Rome - Thermae Romae! 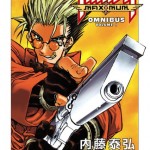 Trigun Maximum Omnibus Vol 1[Dark Horse, 2012.11.21, $19.99] Trigun Vash the Stampede, the galaxy's deadliest gunslinger, emerges after two years in hiding to help his beleaguered desert homeworld, Gunsmoke. But the Stampede's many enemies have kept their motors, and they're back on his trail and determined to bring Vash to ground-hard! And a new crowd of bounty hunters, badasses, and brain-cases are also looking to cash in the astronomical price on his head! Trigun Maximum Omnibus presents Nightow's Trigun series in value-priced editions of well over 500 story pages! Contain Trigun Maximum volumes 1-3. 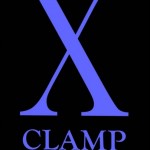 X (Omnibus 3-in-1 ed) vol 4[Viz, 2012.11.20, $19.99] X Kamui and Fuma have made their decisions and chosen their sides, but at an appalling cost. A traumatized Kamui needs the kind of healing that only a powerful psychic can provide. He goes to visit the seer Hinoto, and although her visions bring him clarity, they also unearth painful memories from deep within his past. Fortunately, there's time for reflection as both sides of the conflict regroup: Kamui and other Dragons of Heaven attend school at CLAMP Academy, while Fuma finds his place among the Dragons of Earth. 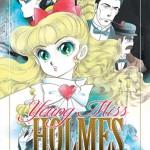 Young Miss Holmes Casebook 3-4[Seven Seas, 2012.11.14, $16.99] Christie High Tension Christie Holmes is a prodigy. At ten years old, she's as familiar with the sciences and classics as any student at Oxford, Cambridge, or Trinity. And her faculty with logic is reminiscent of her uncle, the eminent Sherlock Holmes himself. Along with her giant hound Nelson, Christie's implacable curiosity leads her from one dangerous adventure to another, often joining forces with Uncle Sherlock and Dr. Watson on their investigations.